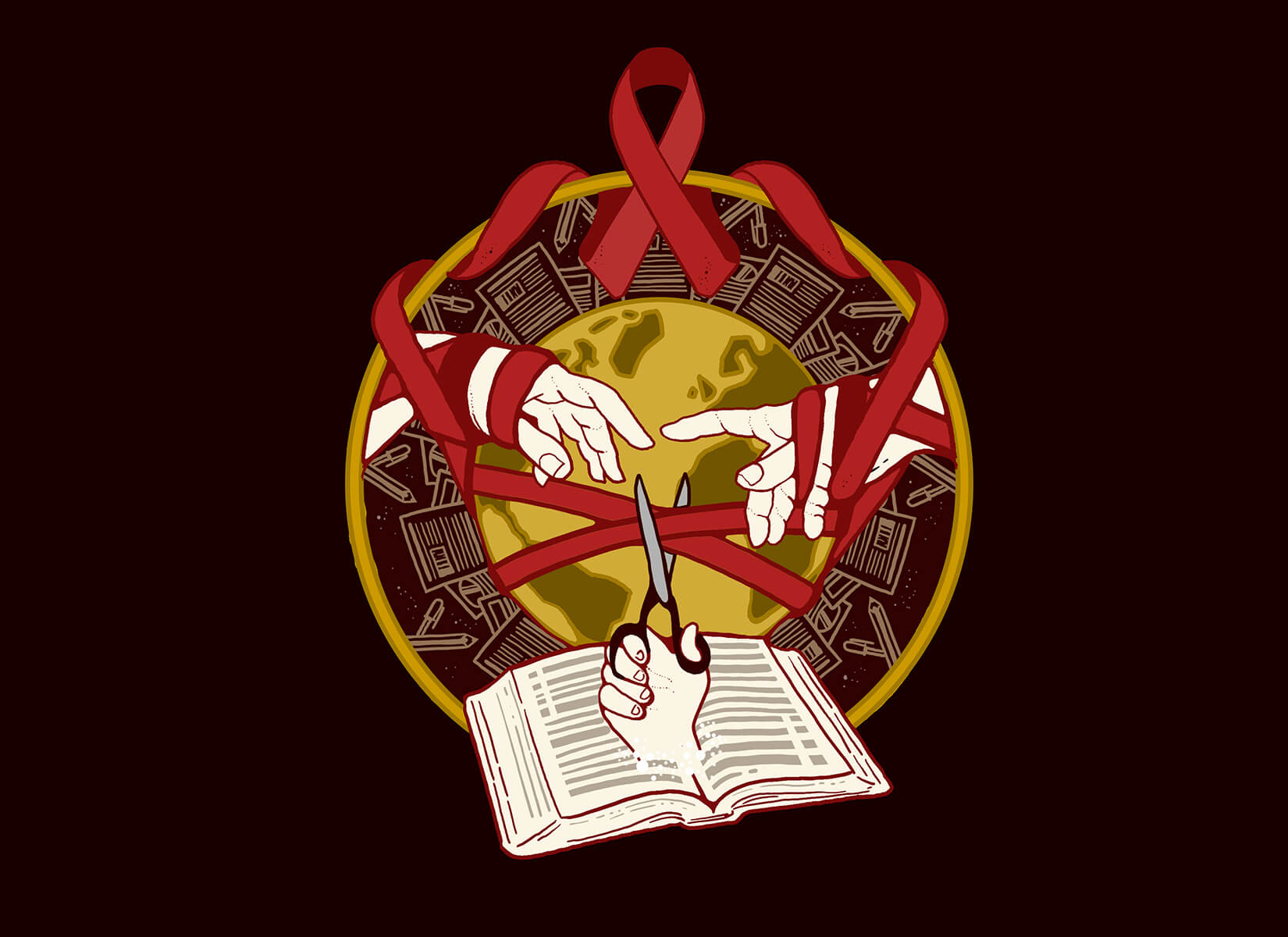 The 2001 Immigration and Refugee Protection Act governs the Canadian immigration system. All immigration-related texts, and what people do with them, are designed to comply with the language and ideas shaping the instructions that feature in this Act. © Laura Bisaillon

An objective of the Immigration and Refugee Protection Act is for Canada pursue the “maximum social, cultural and economic benefits of immigration.” With a population of about 38 million people, immigration is a key population growth and workforce strategy in Canada. I created this illustration with these two social characteristics in the forefront of my mind. Through the four large red arrows, I communicate this movement of people hailing from all parts of the the world who make their way to Canada. Here, I have represented the country through its iconic maple leaf, which appears on its red and white flag. Positioned as revolving around the stylized earth at centre are the Immigration and Refugee Protection Act’s three tenets to emphasize each the social, cultural and economic benefits (left, Centre and right, respectively) accrued through people’s settlement in Canada. And, within the earth’s oceans, I have placed silhouettes of disappearing rows of people whose lives are shaped by migration.